Located in China’s Guangxi province, Huangyao Ancient Town (黄姚古镇) is famous for many reasons. It’s the home of the Chinese Immortal Ancient Well. Scientists have reported that the immortal ancient water actually has special properties that can improve health.

Furthermore, Huangyao Ancient Town has some famous trees including the Dragon Claw Banyan Tree and the Sleeping Immortal Ficus Tree. It has a history of around a thousand years, and many of its buildings date from the Qing dynasty.

Huangyao Ancient Town began to develop as a tourist destination in the late 1990s and early 2000s. It was listed as one of 50 most worthwhile places to visit in China in 2006. 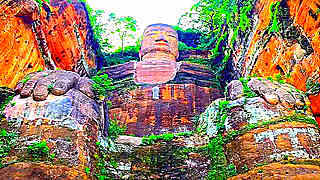