Custer State Park is a South Dakota State Park and wildlife reserve in the Black Hills, United States. The park is South Dakota’s largest and first state park, named after Lt. Colonel George Armstrong Custer. The area originally started out as sixteen sections, but was later changed into one block of land because of the challenges of the terrain. The park began to grow rapidly in the 1920s and gained new land. During the 1930s the Civilian Conservation Corps built miles of roads, laid out parks and campgrounds, and built three dams that set up a future of water recreation at the park. In 1964 an additional 22,900 acres (93 km2) were added to the park. The park covers an area of over 71,000 acres (287 km2) of hilly terrain and is home to many wild animals.

The park is home to a famous herd of 1500 free roaming bison. Elk, coyotes, mule deer, white tailed deer, mountain goats, prairie dogs, bighorn sheep, river otters, pronghorn, cougars, and feral burros also inhabit the park. The park is famous for its scenery, its scenic drives (Needles Highway and the wildlife loop), with views of the bison herd and prairie dog towns. This park is easily accessible by road from Rapid City.

We started on the Wildlife Loop Road and made our way up Mount Coolidge to check out the panoramic views from the fire tower. Next we were able to get up close to a large herd of Bison who were making their way south along the highway!

Continuing south on Highway 87 we took a scenic detour through a section of Wind Cave National Park and headed back toward Custer. From here we drove to Sylvan Lake and then on the Needles Highway and through the famous “Eye of the Needle” tunnel. 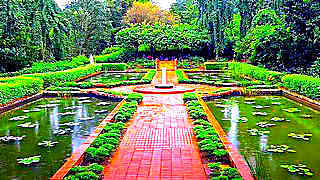 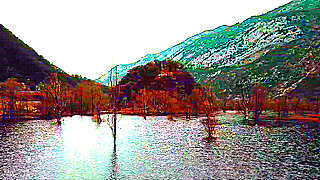 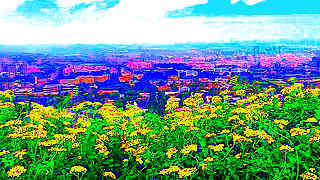