Yellowstone National Park is located in the western United States, largely in the northwest corner of Wyoming and extending into Montana and Idaho.

The Lamar River is a tributary of the Yellowstone River, approximately 40 miles (64 km) long, in northwestern Wyoming in the United States. The river is located entirely within Yellowstone National Park.

It rises in the Absaroka Range, on the eastern edge of the park, and flows northwest through the northeast corner of the park. It is joined by many tributary streams, including Soda Butte Creek and Slough Creek and joins the Yellowstone near Tower Junction, below the Grand Canyon of the Yellowstone.

The Lamar River is a popular destination for fly fishing. It is widely known as one of the best places in Yellowstone National Park to view wildlife, especially grizzly bears and wolves. Three locations in the valley—Soda Butte, Crystal Creek and Rose Creek were the sites for the 1995 re-introduction of wolves into Yellowstone. The river flows through a portion of the park hit hard by the 1988 wildfires.

There are pronghorn, bison, and bear within the area of the Lamar River Valley.

The Norris Geyser Basin is an area in Yellowstone National Park in the United States. It is home to a large number of geysers. The geysers are of different sizes and have different eruptive properties. The most famous geyser of this basin is the Steamboat Geyser, of all active geysers the geyser that realizes the highest emissions, up to more than 90 meters height.

The Norris Geyser Basin is the hottest geyser basin in Yellowstone National Park. 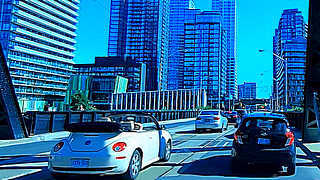