The Dr. Sun Yat-Sen Classical Chinese Garden (中山公园) is the first Chinese or “scholars” garden built outside of China, and is located in Chinatown in Vancouver, British Columbia, Canada.

It is located at 578 Carrall Street and consists of a freely accessible public park and a garden with an admission fee.

The mandate of the garden is to “maintain and enhance the bridge of understanding between Chinese and western cultures, promote Chinese culture generally and be an integral part of the local community.

The outer park was designed by architects Joe Wai and Donald Vaughan, while the inner garden was conceived by Wang Zu-Xin as the chief architect, with the help of experts from the Landscape Architecture Company of Suzhou, China.

Funding for the project came from the Chinese and Canadian governments, the local Chinese community, and other public and private sector sources, and it opened on April 24, 1986, in time for Expo 86.

Because the winter climate in Vancouver is similar to that of Suzhou, many of the same plant varieties are found in the garden as in its Suzhou counterparts.

The plants were chosen according to their blossom schedules in order to emphasize seasonal changes, especially the “awakening” in spring.

Classical Chinese gardens employ philosophical principles of Feng shui and Taoism, striving to achieve harmony and a balance of opposites.

Video Source: The Classical Chinese Garden from JayWalkerPOV on Youtube ⁄ CC BY 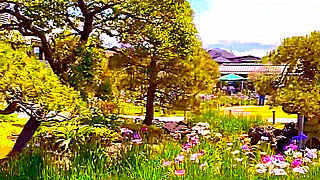