Yangpu Park (杨浦公园) is located in the middle of Yangpu District, Shanghai.

After 1952, new villages such as Changbai, Jianjiang, Fengcheng and Anshan were built in the vicinity one after another. In order to provide a recreational place for the surrounding residents, Shanghai Municipal People’s Government decided to build a park here.

In November 1956, 124,700 square meters of land was first requisitioned for initial construction.

The overall layout of the park simulates the landscape of West Lake in Hangzhou. Garden buildings and plants, bridges, pavilions and corridors form various scenic spots. 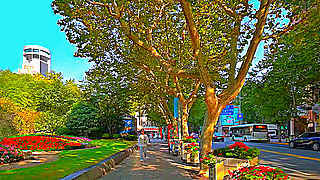