The Art of Making Yixing Teapot

Yixing (simplified Chinese: 宜兴; traditional Chinese: 宜興) is a county-level city administrated under the prefecture-level city of Wuxi in southern Jiangsu province, People’s Republic of China, and is part of the Yangtze River Delta. The city is known for its traditional Yixing clay teapots.

Yixing county was established in 221 BC (Qin Dynasty) with the name of Yangxian (阳羡). Between 303 and 310 AD, the local aristocrat Zhou Qi, the eldest son of General Zhou Chu, suppressed three rebellions. Yangxian was then renamed Yixing (義兴, meaning righteousness and prosperity) to honor Zhou Qi. In 976, Yixing (義兴) was renamed Yixing (宜兴).

The renaming perhaps to be the allusion of a sentence in Doctrine of the Mean: “Righteousness is the accordance of actions (義者宜也)”. 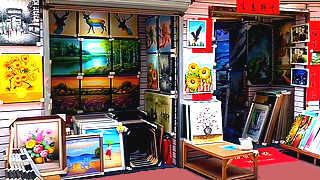