Jogyesa (Jogye Temple) is the chief temple of the Jogye Order of Korean Buddhism. The building dates back to the late 14th century and became the order's chief temple in 1936. It thus plays a leading role in the current state of Seon Buddhism in South Korea. The temple was first established in 1395, at the dawn of the Joseon Dynasty; the modern temple was founded in 1910 and initially called “Gakhwangsa”. The name was changed to “Taegosa” during the period of Japanese rule, and then to the present name in 1954.

Jogyesa is located in Gyeonji-dong, Jongno-gu, in downtown Seoul. Natural monument No. 9, an ancient white pine tree, is located within the temple grounds. Jogyesa Temple is located in one of the most popular cultural streets in Seoul, Insa-dong, near the Gyeongbokgung Palace.

To enter the temple Jogyesa have to go through first Iljumun or the one pillar gate. The Iljumun is an entry that represents is the division that separates the mortal world from the world of Buddha.

Jogyesa Temple's features is a mix of traditional temple and palace architecture. The lattice designs found on the doors and windows of the Daeungjeon are unique in their own right. The temple also features the Geuknakjeon (Hll of Supreme Bliss) in which the Amitabha Buddha is enshrined, the Beomjongnu, a structure where a bell which enlightens the public with its sound is housed, and an information center for foreign nationals.

Temple also has colorful matsya (Sanskrit for “fish”) which is sacred to Hindu-Buddhists as it is one of the avatar (incarnation) of Hindu deity Vishnu which has been described in detail in Matsya Purana and 6th BCE Buddhist text Anguttara Nikaya. 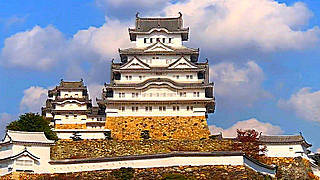