Alice Lake is named for the wife of Charles Rose, who settled in the district about 1888. Although the area was used for logging from the 1880s until the 1920s, Alice Lake and the surrounding area has been a popular recreation destination since the area was settled. The park was established on November 23, 1956, and was expanded on 14 February 1961 to cover 396 ha. It was again expanded on 20 October 2009 with an additional 15 ha to increase the park to its current size of 411 ha.

The park is home to a number of mammal species, including squirrels, chipmunks, and raccoons. Bird species that call the park home include Stellar’s jays, crows, ospreys, and great blue herons. Although not inside the park, the Brackendale bald eagle colony is very close to Alice Lake and eagles from there can often be seen in the park. Marine life in and around the lakes include box turtles, rainbow trout, Dolly Varden trout, and cutthroat trout. Trees include Douglas fir, cedar, and hemlock.

The park’s namesake, Alice Lake, is popular as a swimming spot, as it boasts two beaches and a nearby campground with showers and electricity. There are multiple trails crossing the park for hiking and mountain biking, with DeBeck’s Hill being a popular trail for its views of the park and surrounding area. Canoeing and fishing are permitted on all four lakes. The park also offers interpretation and education programs for visitors.

Stawamus Chief Provincial Park is a provincial park in British Columbia, established in 1997. It encompasses both the eponymous Stawamus Chief and the Slhanay granitic domes and the surrounding forest. Activities in the park include hiking, rock climbing, and camping.

There are views from the park across Howe Sound and of Mount Garibaldi to the north. In 2009, the park received upgrades as part of the Sea to Sky Highway Improvement Project, which gave it a new signature pedestrian bridge with an unusual form that uses two blue, splayed arches and a curved concrete deck.

Stawamus Chief Provincial Park is located to the south of the town of Squamish, on the Sea to Sky Highway at the top NE corner of Howe Sound.

Video Source: The chief first peak & Alice Lake in one day from Bacha & Meg Outdoors on Youtube ⁄ CC BY 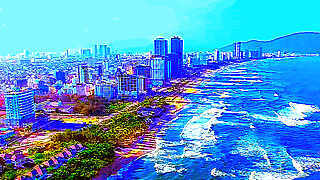 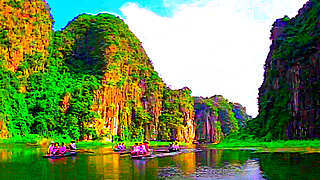